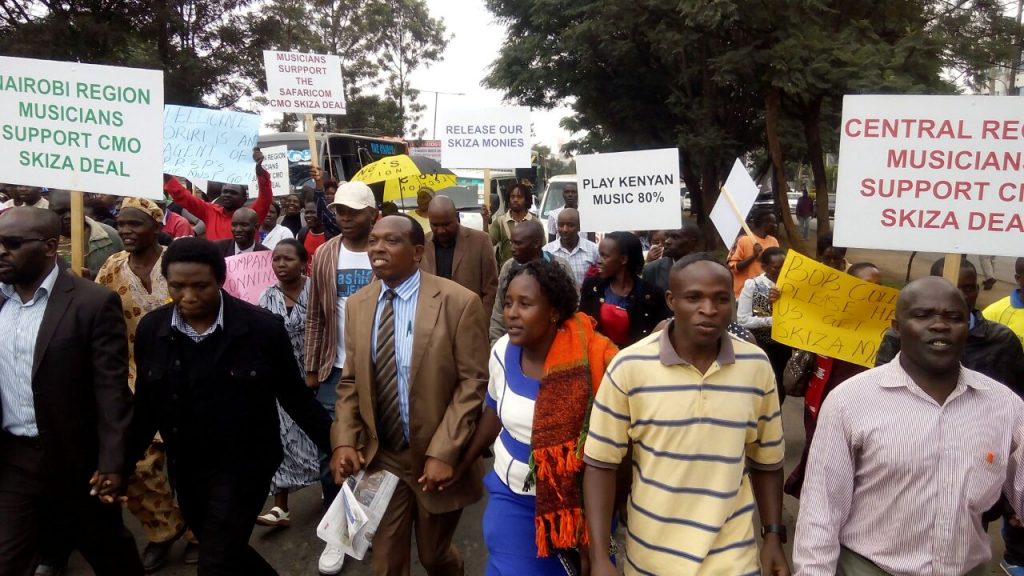 MCSK led artistes in a peaceful demonstration on Wednesday 13th April 2016 for Safaricom to release money owed to them in form of Skiza tunes royalties. Our Directors led the artistes in a street march in Nairobi from MCSK’s head office in Westlands to Safaricom’s along Waiyaki Way. They delivered a petition to the telecommunications giant, demanding the immediate release of the monies.

A court put the Skiza tunes royalties payments on hold in July 2015. This was after a group of artistes filed a case to stop the implementation of a signed pact between Safaricom and three collective management organisations.

The agreement would have seen the Skiza money remitted directly to the CMOs omitting the third parties who, in this case, are Premium Rate Service Providers. The court ordered Safaricom to stop any Skiza payments until the case is heard and fully determined.